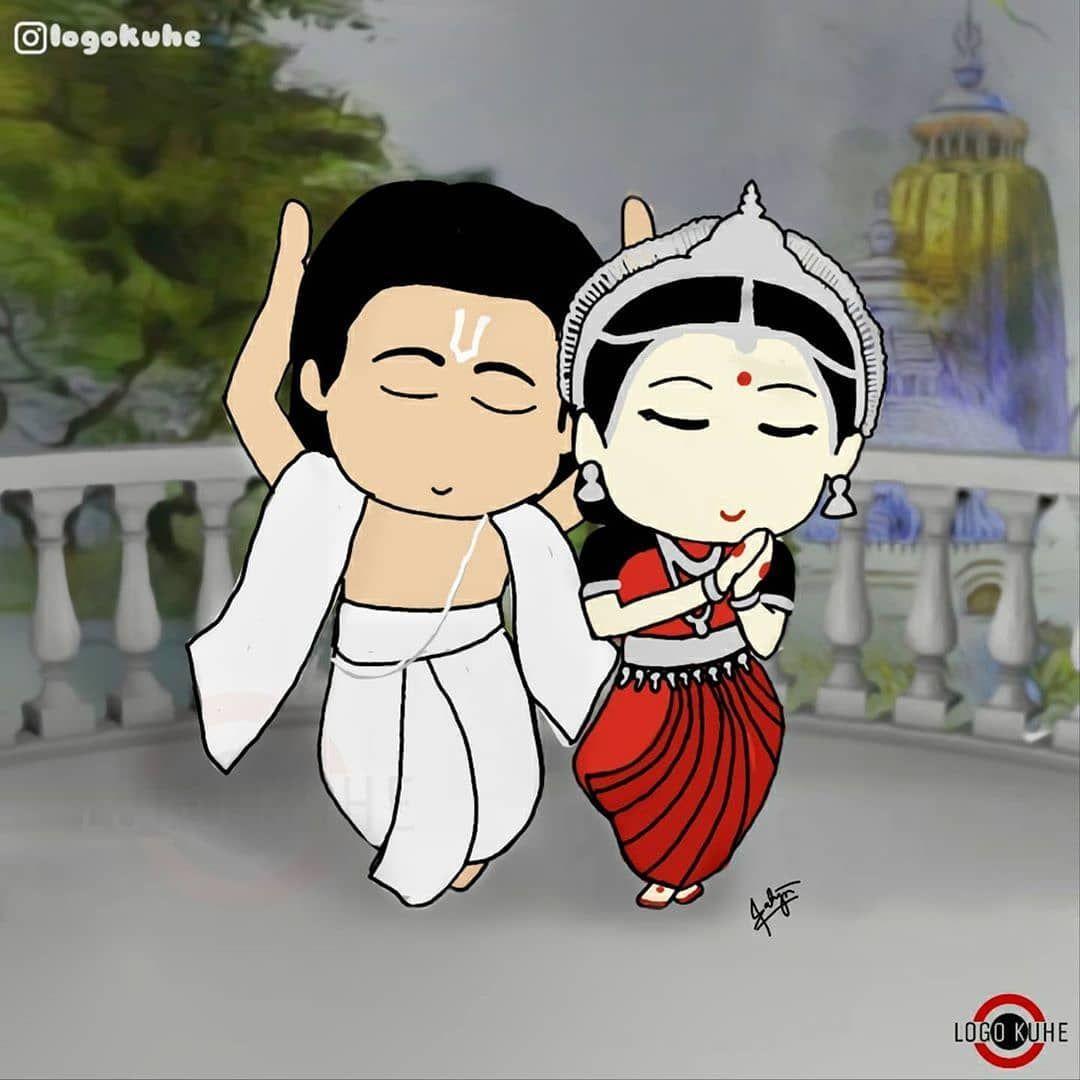 The divine lovestory of Jayadev and Padmavati
Jayadev was one of the best sanskrit writers and is popular for his writing of "Gita Govinda". There lived a Brahmin devotee of Lord Jagannath named Dev Sharma, who was childless and prayed Lord to grant him a child. A daughter was born named Padmavati.
Padmavati became a great Odishi Dancer and was much devoted to Lord Jagannath .Seeing her devotion ,Her Father wished to offer her to the Lord. But the Lord came to his dream and told him to offer her to Jayadev who was a saint poet, engaged in meditation and living a sacred life. Accordingly, the marriage was performed through the intervention of Lord Jagannath. The couple dedicated their lives to the heart of Lord Jagannath.
Jayadev was appointed as court poet of the King .The devotion of Padmavati towards Jayadev had spread everywhere.The queen was jealous of her and wanted to test her devotion.While Padmavati was in the palace of the Gajapati king, the queen out of joke told that Jayadev died unfortunately while in meditation in the temple.
Hearing this news Padmavati was shocked beyond words and fell on the ground taking her last breath right there.When the King along with Jayadev returned to the palace, they saw the dead body of Padmavati lying on the floor and got to know about the mischief of the queen. Jayadev did not react anything to it. Very calmly he prayed to Lord and sang the chapter from his 'Gita Govinda' Where Lord Krishna was separated from ShriRadha and wanted to see one single sight of her. In a few minutes Padmavati got sense as if she woke up from sleep!! The king and queen and all others who witnessed the scene were amazed at the devotion of Jayadeva and his power to bring God to his presence.
The miracle ridden life of the divine couple disappeared from human eyes at Kashi by having permanent union.
धन्यवाद