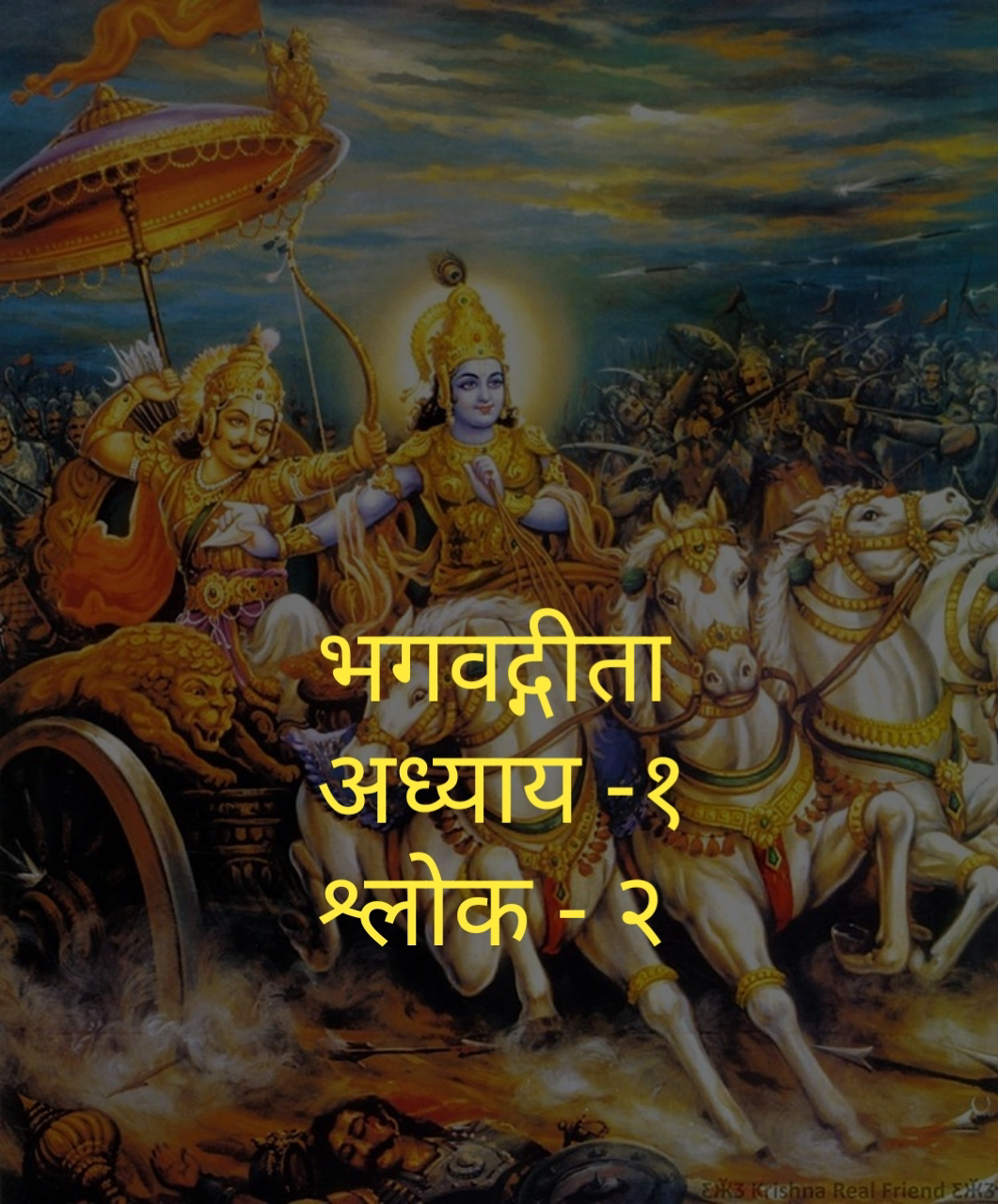 Sanjaya Said :-O King,after looking over the army arranged in military formation by the sons of Pandu ,King Duryodhana went to his teacher and spoke the following words

PURPORT:- Dhrtarastra was a blind from birth . Unfortunately,he was also bereft of spiritual vision . He knew very well that his sons were equally blind in the matter of religion ,and he was sure that they could never reach an understanding with Pandavas ,who were all pious since the birt . Still he was doubtful about the influence of the pilgrimage , and Sanjaya could understand his motive in asking about the situation of battlefield. Sanjaya wanted ,therefore,to encourage the despondent king and thus assured him that his sons were not going to make any sort of compromise under the influence of the holy place. Sanjaya therefore informed the king that his son , Duryodhana,after seeing the military force of Pandavas,at once went to  his commander-in-chief , Dronacharya , to inform him of real position . although Duryodhana is mentioned as the king , he still had to go to the commmander on account of seriousness of the situation .He was therefore quite fit to be politician . But the Duryodhana's diplomatic  veneer could not disguise the fear he felt when he saw the military arrangement of Pandavas