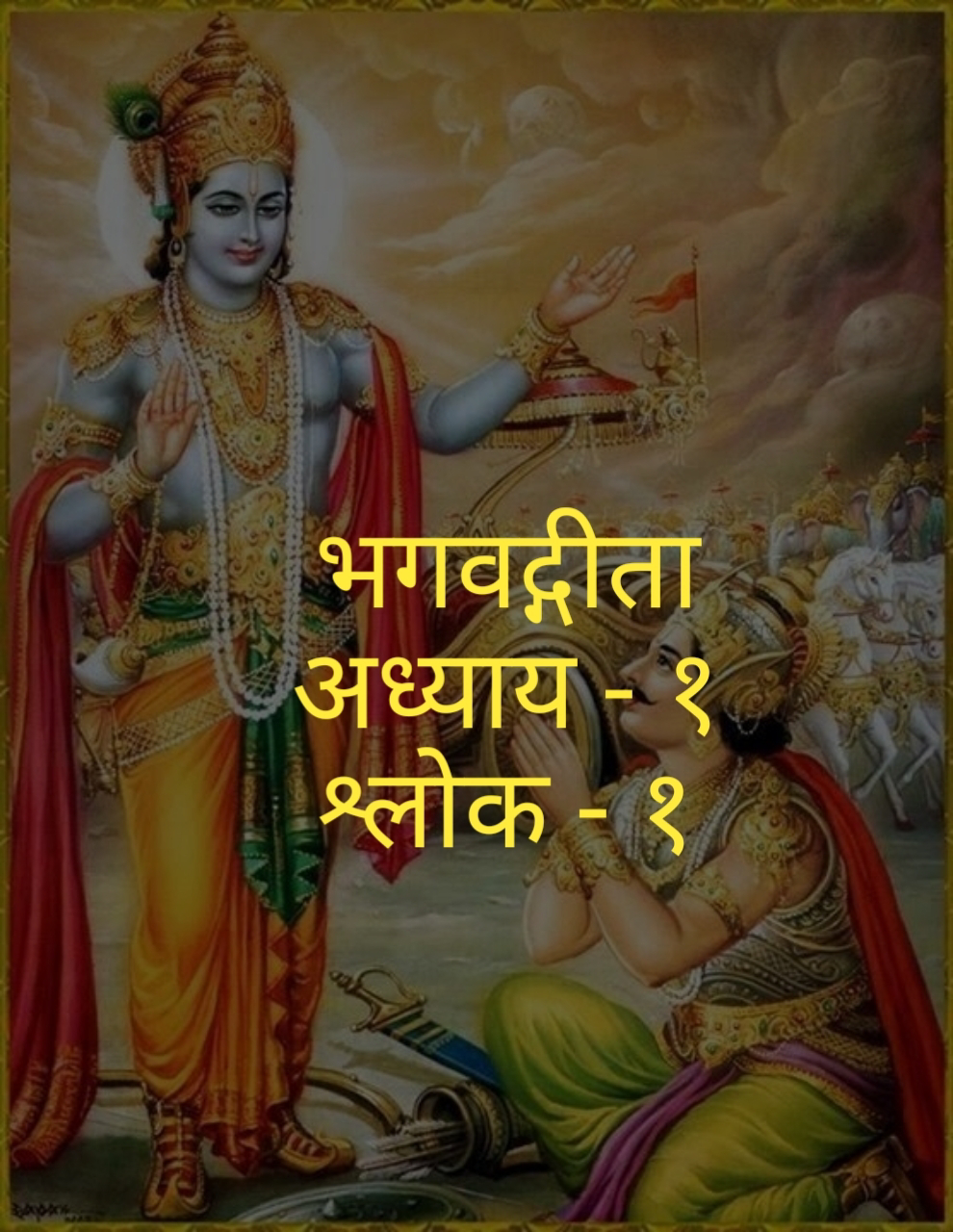 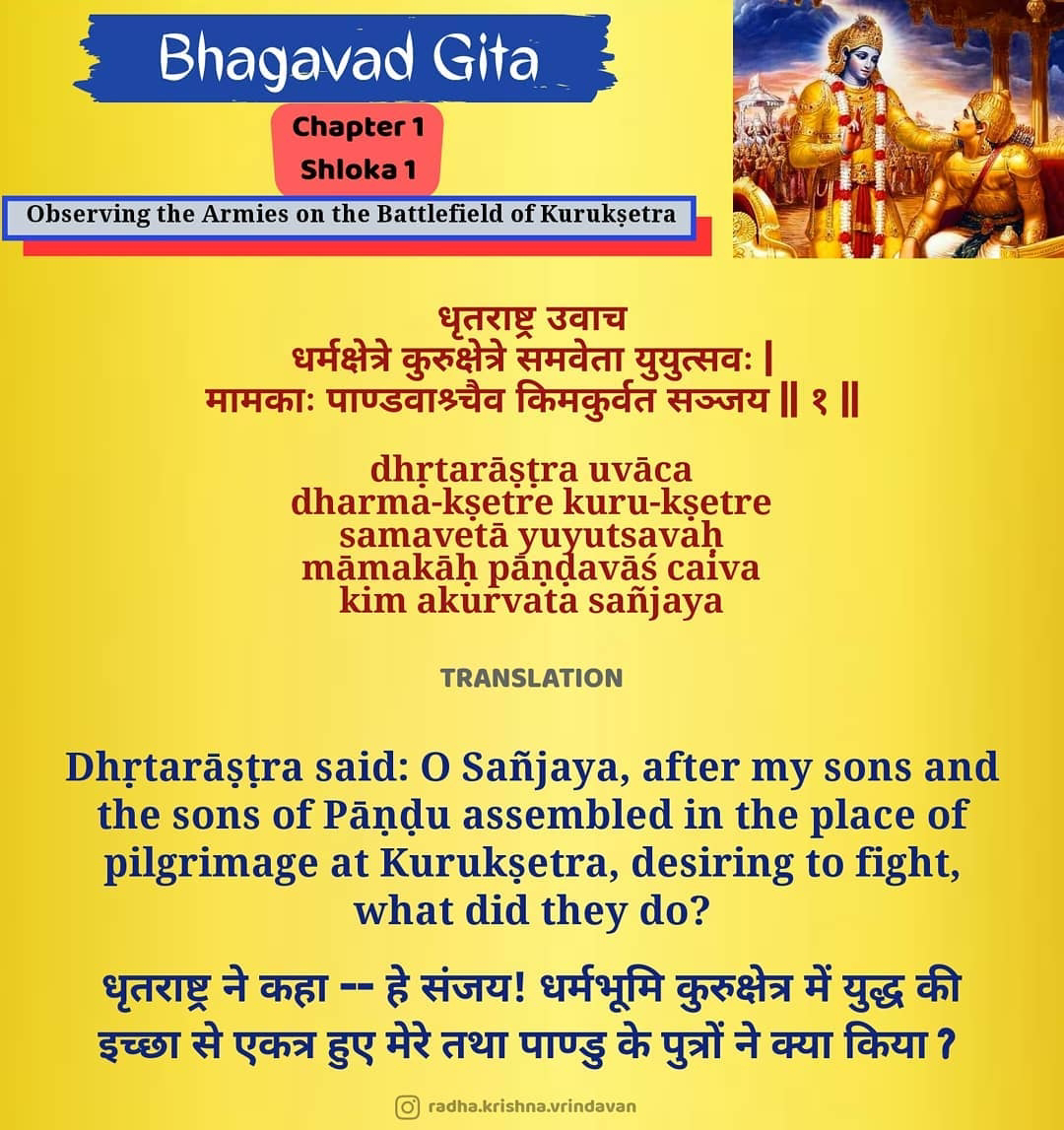 PURPORT :- Bhagvad-gita is widely read theistic science summarized in the Gita-mahatmya(Glorification of the Gita ).There it saysthat one should read Bhagavad Gita very scrutinizingly with the help of a person who is devotee of Sri Krsna and try to understand it without personally motivated interpretations.The example of clear understanding is there in the Bhagvad -gita  itself ,in the way the teaching is understood by Arjuna,who heard the Gita directly from the lord . If someone is fortunate enough to understand the Bhagavd Gita in the line of disciplic succession,without motivated interpretation , then he surpasses all studies of vedic wisdom , and all scriptures of the world.One who will find in Bhagvad gita all that is contained in other scriptures , but the reader will also find things which are not to be found elsewhere .That is the specific standard of the Gita . It is the perfect theistic science because it is directly spoken by Supreme Personality Of Godhead,Lord Sri Krsna .

The topics discussed by Dhrtarastra and Sanjaya,as described in the Mahabharat ,form the basic principle for this great philosophy evolved on the Battlefield of eld of Kuruksetra , which is sacred place of pilgrimage drom the immemorial time of vedic age . It was spoken by the lord when he was present personally on this planet for guidance of mankind.

The word dharma-ksetre is significant because ,on the battlefield of Kuruksetra , the Supreme Personality of Godhead  was present by the side of arjuna .  Dhrtarastra  ,the father of kurus,was highly dubtful about the possibilityof his sons ultimate victory . In his doubt ,he inquired from his secretary Sanjaya,"what did they do ?". He was confident that both of his sons on his battlefield .Because the battle was arranged to be fought at Kuruksetra , which is mentioned elsewhere in the Vedas as a place of worship -even denizens of heaven -Dhrtrastra became very fearful about the influence of the holy place on the outcome of battle . he knew very well that this would influence Arjuna  and the son of Pandus favourably ,because by nature they were all virtuous.Sanjaya was able to envision the Battlefield of Kuruksetra even while he was in room of Dhrarastra.And so , Dhtrarastra asked him about the situation of battlefield.

Both Pandavas  and the son of  Dhrarastra belong to same family , but  Dhrarastra mind is disclosed herein.He deliberatly claimed only his son as Kurus , and seprated the son of Pandu from family heritage . One can thus understand the specific position of  Dhrarastra in his relationship with his nephews , the son  of Pandu . As in the paddy field unnecessary plants are taken out , so it is excepted from very beginning of these topics that in the religious field of kuruksetra , where father of religion,Lord Sri Krishna ,was present , the unwanted plants like  Dhrarastra's son Duryodhana  an other would be wiped out and thoroughly religious persons headed by Yudhisthira , would be established by the Lord .This is the significance  of the word dharma-ksetre and kuru-ksetre , apart from their historical and Vedic Importance